QR funding: 10 campuses in the south to get more than £2K per student

QR funding: 10 campuses in the south to get more than £2K per student

Ten research-intensive universities in the South of England will get more than £2,000 each year in quality-related research funding for every student at the institution, an analysis made for Times Higher Education has shown 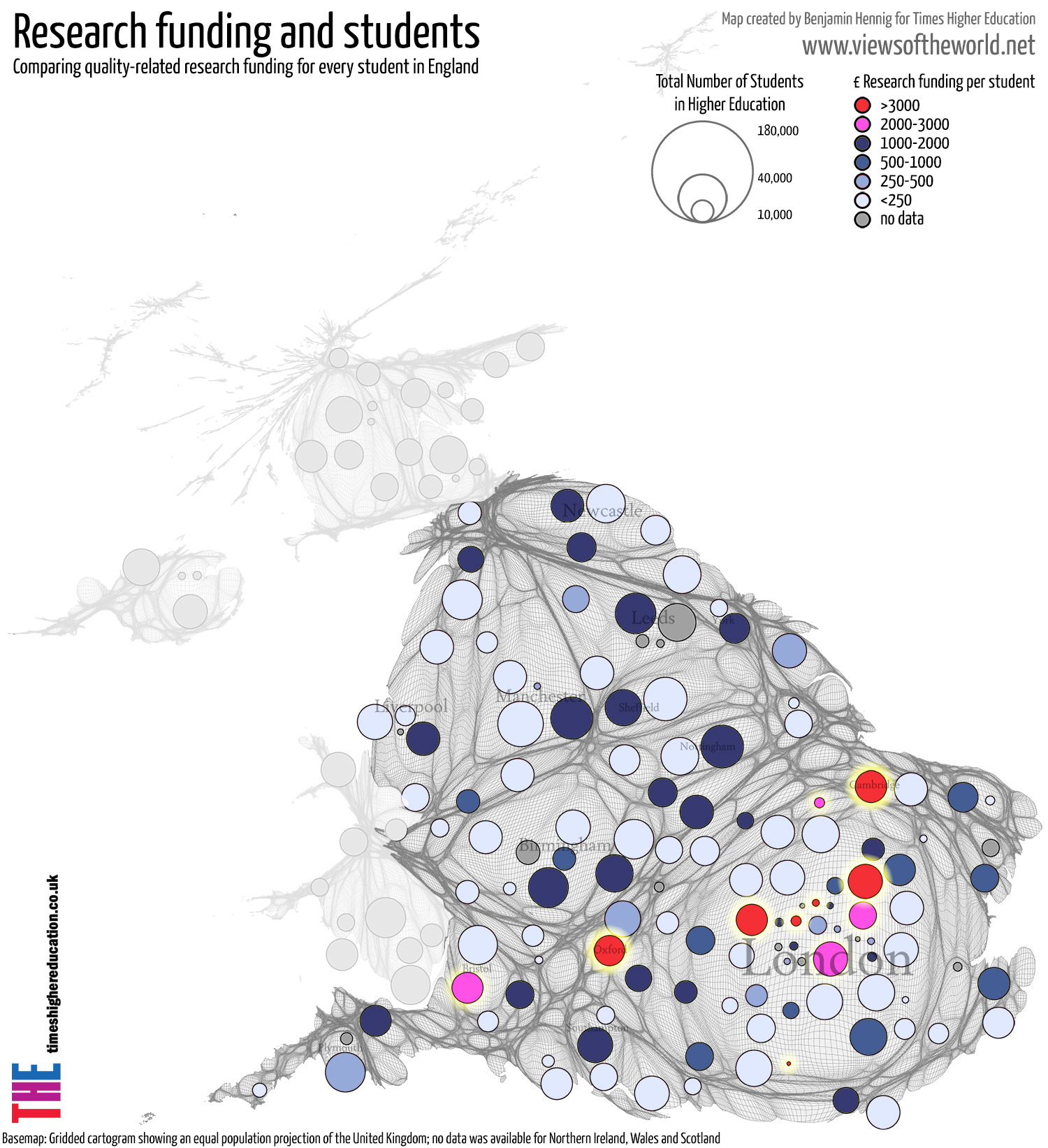 No institution in the North will get the same amount using the same measure, which takes each university’s QR income and divides it by its student population.

The cartogram, produced by Benjamin Hennig, a researcher in the School of Geography and the Environment at the University of Oxford, displays the country adjusted in shape to reflect population density. The circles show how the Higher Education Funding Council for England’s QR funding is distributed per student.

Danny Dorling, Halford Mackinder professor of geography at Oxford, said that the concentration of red and pink circles in the South shows a “stark divide” in terms of QR funding.